The Arkadi Monastery is an Eastern Orthodox monastery, situated on a fertile plateau 23 km (14 mi) to the southeast of Rethymnon on the island of Crete in Greece.

The current catholicon (church) dates back to the 16th century and is marked by the influence of the Renaissance. This influence is visible in the architecture, which mixes both Roman and baroque elements. As early as the 16th century, the monastery was a place for science and art and had a school and a rich library. Situated on a plateau, the monastery is well fortified, being surrounded by a thick and high wall.

The monastery played an active role in the Cretan resistance of Ottoman rule during the Cretan revolt of 1866. 943 Greeks, mostly women and children, sought refuge in the monastery. After three days of battle and under orders from the hegumen of the monastery, the Cretans blew up barrels of gunpowder, choosing to sacrifice themselves rather than surrender.

The monastery became a national sanctuary in honor of the Cretan resistance. 8 November is a day of commemorative parties in Arkadi and Rethymno. The explosion did not end the Cretan insurrection, but it attracted the attention of the rest of the world. 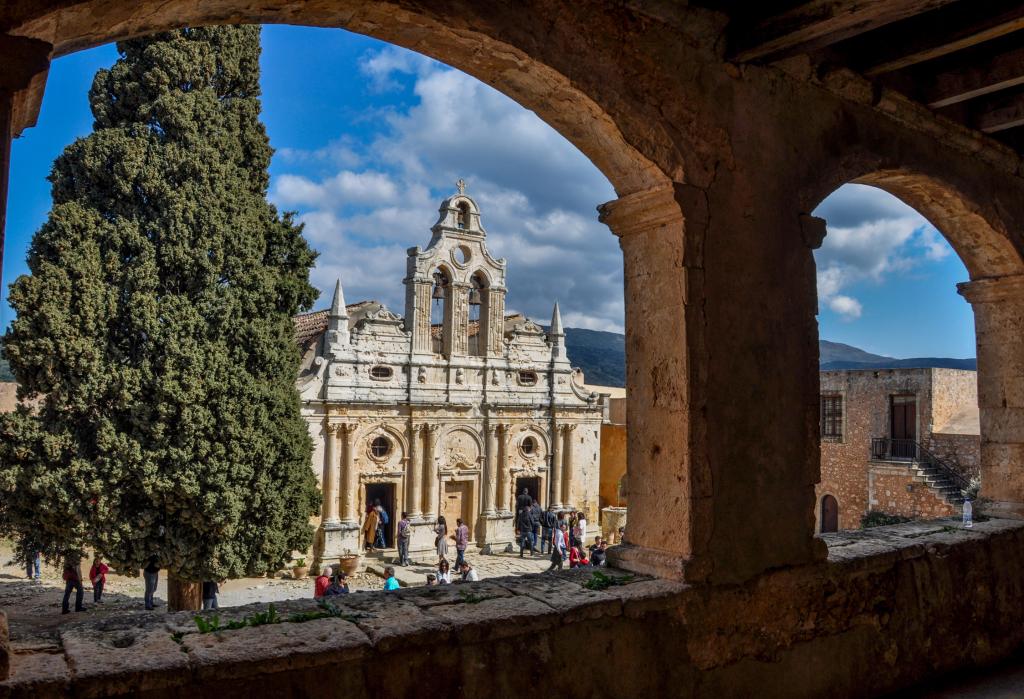 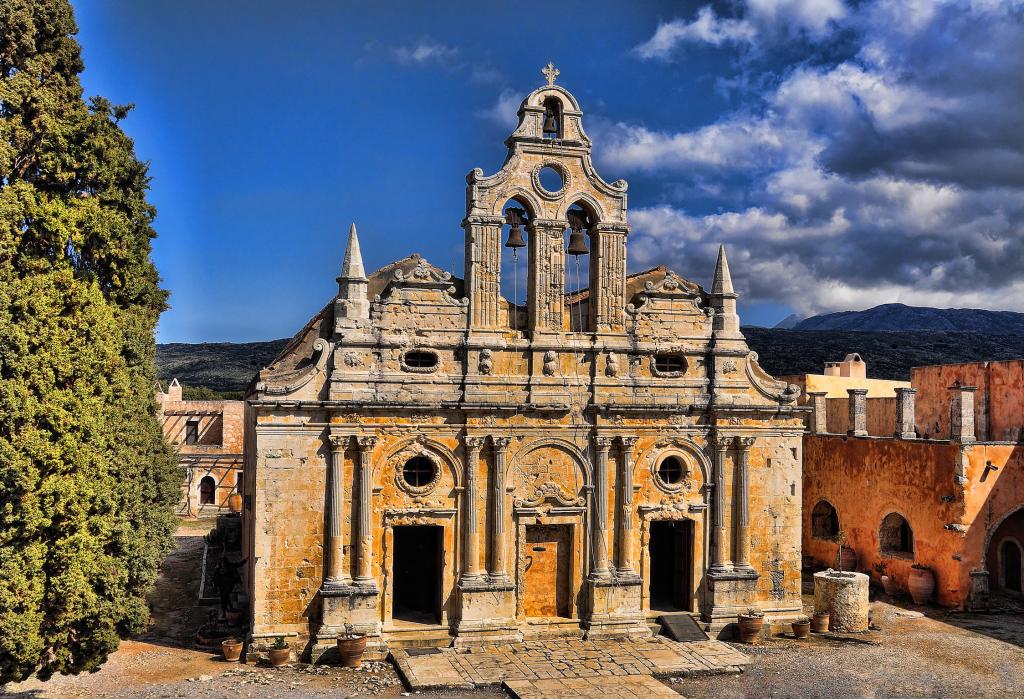